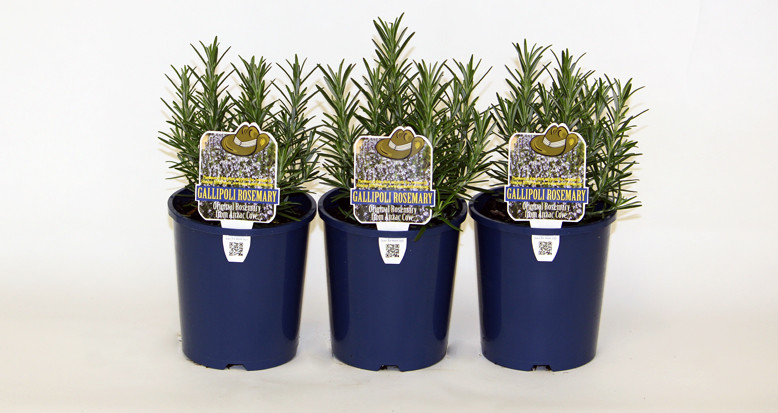 Gallipoli Rosemary History In 1915 a wounded digger from Adelaide was repatriated to the Army Hospital at Keswick. He brought back with him a small rosemary bush dug up from the slopes and ravines of the Anzac Cove and it was planted in the hospital grounds. For decades small sprigs of the digger’s rosemary were worn to honour the fallen on Anzac and Armistice days and after the Repatriation Hospital was established during WW2 at Daw Park SA, cuttings were taken and it was grown into a hedge on the hospital grounds.  This history was only discovered by David Lawry, Founder and Director of the AoH Project, when as a landscaper in the late 1980’s he was inadvertently removing part of it during renovations and the hospital gardener told him of its origin. Worried that it might all be lost he took cuttings and kept a number of them growing in his native nursery to conserve the plant for posterity. From the hedge, cuttings have been provided to the nursery industry and official labels produced which provide a royalty which is paid to TREENET, to donate to the Avenues of Honour 1915-2015 project.    Australian Perennial Growers are the major growers of Gallipoli Rosemary in Australia. Please click link below for Growers in your state :- 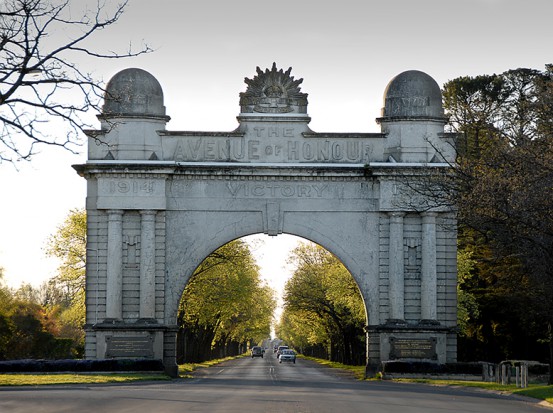